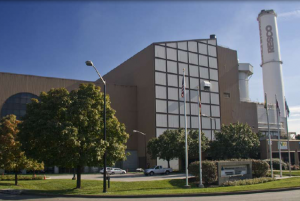 GBB has been a management consultant to the Northeast Maryland Waste Disposal Authority (NMWDA) since it began operations in November 1980. GBB’s initial assignment to the NMWDA was to assist in the procurement and development of a 2,250 TPD cogeneration plant in the City of Baltimore to serve part of that region. GBB contributed to the vendor procurement and negotiation process which resulted in selection of a vendor to design, construct, and operate the project.

A combination of approximately $190 million of resource recovery revenue bonds and $45 million of letters of credit notes for the 2,250 TPD southwest facility went to market in January 1983 and construction began in March 1983. The facility which originally expected to be operating by spring 1986, was significantly ahead of the construction schedule and became fully operational in early 1985.

The GBB team […] also laid out a comprehensive strategy and conceptual design to expand the MRF using new equipment tailored to our local situation. […] GBB again has delivered an insightful report on local conditions and a realistic strategy to guide our decisions.