“We were very pleased with the work product provided by GBB through our Solid Waste Export Plan–Third Party Review. I think the King County audience generally felt that the work was thought-provoking and insightful, reflecting a deep understanding of the dynamics of the solid waste management field.” 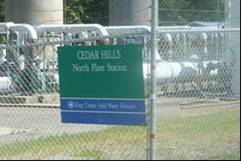 In early 2007, King County’s Council contracted with GBB to do an independent third-party review of its Solid Waste Transfer and Waste Export System Plan. This plan would service the waste management needs of nearly 2 million people in 37 jurisdictions in and around Seattle, WA, and a million tons of trash a year.

GBB put together a team of experts made from its own staff and from subconsultants MSW Consultants (MSW) and R.L. Banks & Associates, Inc. (RLB) to perform the review. The project consisted of analyzing the long range statistical projections involving demographics, waste flow, and sizing of facilities. The network of transfer stations were toured, evaluated, and analyzed within a framework of best practices, types of services to be provided, host jurisdiction funding, and configuration. The strategy for public process was reviewed with the intent to enhance stakeholders’ participation in the facility siting process. The GBB Project Team analyzed the financial assumptions in the sensitivity analysis for the County’s waste export plan. Finally, the Team reviewed the possibility of King County utilizing alternative disposal strategies other than railing to a landfill and to suggest sustainable strategies to minimize fossil fuel consumption and air pollution.

GBB’s Harvey Gershman and RLB’s Charles Banks made two presentations to King County committees on these findings. GBB recommended methods for King County to maximize the capacity of the County’s landfill, strategies to enhance long-term rail procurement, upgrade its Transfer Stations, implement full-service recycling drop-off sites, and develop and implement integrated educational efforts. These issues have and will continue to be critical in system planning. Following that initial assignment, GBB was retained for an independent review of insourcing recyclables collection services for the King County Council.

Beyond the scope of the contract, the GBB Project Team provided commentary and suggested action steps to implement Clean and Green policies, Full Cost Management strategies, ways to prolong the active life of Cedar Hills Landfill, strategies for intermodal operations and negotiations, and transfer station concepts and operations.

King County manages the disposal of waste streams from the unincorporated areas of the County and for 37 suburban cities in the County, excluding the City of Seattle, through Interlocal Agreements. In the past, some of the suburban cities believed that the system could be managed more efficiently, and that rates were at higher levels than they should be, and they challenged the validity of the Interlocal Agreements. However, with the significant unincorporated areas in the County, the County has been able to demonstrate economies of scale in offering its services and thus has been able to keep the suburban cities as part of the County system.

In the early 1960s, the transfer system put in place by King County was visionary. From the presidency of John F. Kennedy to that of George H. Bush, no significant changes to those facilities have been made. During the GBB Project Team’s field visit, it became apparent that this once progressive infrastructure requires significant updating and/or total replacement at certain sites. In addition, the self-haul milieu and free recycling structure need to be raised to a higher level, and the flow of traffic changed to take into account the increase in traffic and population over the last 40 years. Further, the County has grown in a manner that certain of the current sites are no longer strategically located. Some are in congested areas, and some are now in residential areas. A key issue regarding the transfer infrastructure is that most of the facilities lack the space needed to accommodate diversion and special waste programs at the levels that are necessary to be consistent with best practices and expanded functions important for the transfer stations of the future, including accommodating the volume of self-haulers that use the County transfer stations.

The County’s tipping fee is competitive when compared to neighboring jurisdictions but relatively high when compared with other areas along the west coast. Can the future system maintain that? Will the member cities stay in the system with the revenue requirement to implement the waste export plan included? These questions become critical in system planning and in considering the revenue effect on the County for the future system needs. The Interlocal Agreements will require term extension to cover the future system the County needs to move toward.