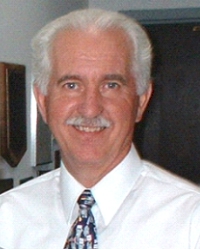 “I find satisfaction in helping advance the local decision-making process on solid waste issues and making an environmental contribution, even though we are typically invisible to the public served.”

Mr. Brickner, GBB Executive Vice President, has more than 40 years of experience in the solid waste management field. He is an expert in solid waste handling systems, including collection and processing equipment, especially equipment costs and systems analysis. Mr. Brickner is well versed in cost allocation methods and economic/financial modeling, and life-cycle costing. Mr. Brickner has served as the lead evaluator for GBB on many systemwide evaluations and vendor solicitations, and as lead negotiator on numerous projects that have been financed. He has authored independent reports for bond sales and has made supportive presentations to rating agencies on Wall Street. Mr. Brickner has presented expert witness testimony at arbitration proceedings and permit hearings on waste-related programs.

“Are You Considering a Waste Composition Study? … Why and for What?,” published in MSW Management magazine (May 2016)

“MWP: Do You Doggie-Paddle to It or Swim Free Style?,” published in MSW Management magazine (November 2015)

“Public – Private Partnerships: The Consultant Side of the P-P Equations,” presented at the WASTE360 Recycling Summit (September 2015)

“Let’s Get Honest … MWP Has a Place in the Big Pond with All the Alligators!” (co-authored with Brad Kelley) published in MSW Management magazine (September 2015)

“If at the End of a Diving Board… Should You Take the Next Step?” (co-authored with Elizabeth Rice) published in MSW Management magazine (June 2015)

“Mechanical Biological Treatment: What it Is & How It’s Done,” presented at the Virginia Recycling Association Annual Conference, Roanoke, VA. (May 2014)

“Historical Overview of Waste-to-Energy in the USA,” presented as part of AlChE’s Institute for Sustainability and Greener Package Webinar. (December 2011)

“The Energy Market: How Great is the Potential?,” Presented at C&D Recycling Forum, Baltimore, MD. (October 2010)

“Waste-to-Energy and Conversion Technologies in the U.S.” Presented at Waste Expo, Atlanta, GA. (May 2010)

“Building a Future for Construction and Demolition Debris,” Webinar presented as part of a Lorman Education Services event. (January 2009)

“Opportunities for Recycling Construction Waste and Demolition Debris,” Webinar presented as part of a Lorman Education Services event. (May 2008)

“How to Sell Your Rate Increase to Community Decision Makers,” Presented at Wastecon, Reno, Nevada. (October, 2007)

“10 Million Curbside Carts…But Why Are We Counting?” presented at NRC’s 25th Annual Congress and Exposition. (October 2006)

“Saving Money Through the Integration of Reuse, Recycling and Organized Demolition Techniques,” presented at the Federation of New York Solid Waste Associations Conference. (May 2006)

“Spotlight on LEED; The Role of the Demolition Contractor in a LEED Project – Achieving 98.5% Reuse and Recycling of old WTE Plant,” presented at 2006 National Demolition Association Convention, Nashville, Tennessee. (March 2006)

“Saving Money on Demolition Projects Through the Integration of Reuse, Recycling and Organized Demolition Techniques,” presented at the APWA Convention in Hampton, Virginia. (May 2005)

“Management and Recycling of C&D,” presented at the Illinois Recycling Association in Bloomingdale, Illinois (June 2004)

U.S. Green Building Council’s LEED Requirements for C&D Waste as it Pertains to Sustainable Building Certification, presented to the Tidewater Chapter of the Construction Specifications Institute in Norfolk, Virginia.
(March 11, 2003)

Recycling of Construction and Demolition Waste, Status and Issues in the USA. Waste Management World.
(September-October 2002)

“Status of C & D Recycling,” presented at the Spring Technical Meeting of the Mid-Atlantic Chapter of SWANA in Aberdeen, Maryland. (March 8, 2002)

This [Solid Waste Management Plan prepared by GBB] is a balanced, strategic, and effective long-term solid waste management plan that will serve as a blueprint to make Fort Worth greener, and further position the City as a sustainability leader in the local community and throughout the country.